Some of us had to go to work on Saturday because we are a bit delayed with the project. There are too many findings but I’d like to already deploy the system so that it’s out of our plates. Crossing my fingers for lesser bugs this week.

My vacationing OFW niece came to Manila for some errand. Thanks to TNVS, I didn’t need to fetch her at the terminal. I just had to book and monitor to make sure that the route is towards the apartment and not somewhere else.

After mass on Sunday, we went to the mall to check out convection ovens. I just want to try to homecook my food and have some variety in food preparation. I’d like to have roasted chicken and vegetables, bake some cookies, cup cakes and baked mac and lasagna! I was with my friend and she let me promise her to make sure that I use the oven often hahahaha. Opo inay hahaha. I bought the Hanabishi 40L. 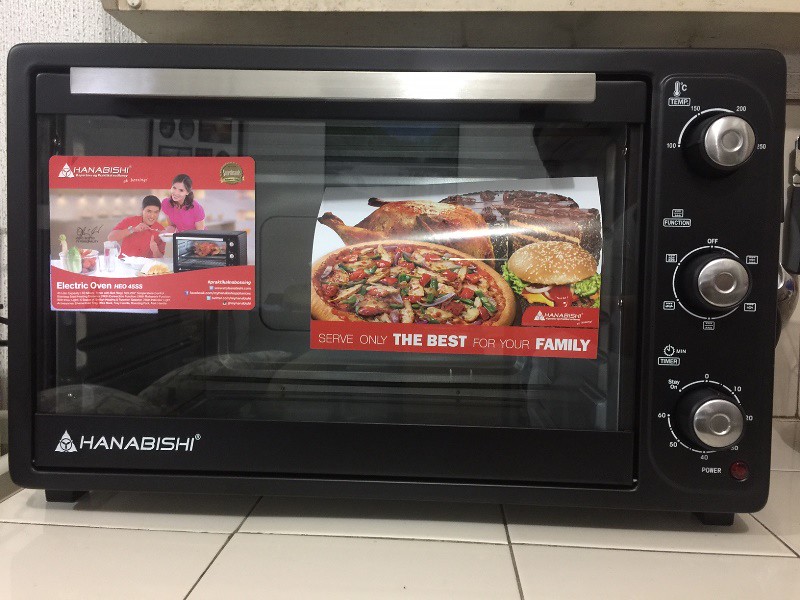 My new kitchen appliance which I MUST maximize its use hehehe.

And let me just say that I am really a noob when it comes to baking hahahha. I don’t even know which basic pans and other baking stuff I need to buy hahahaha. My friend and niece helped me put together. So I also bought a mixing bowl, muffin pan, measuring cups, and lasagna and pie glassware from Pyrex. The items from Pyrex were bundled and on sale at 30% off. I’m planning to get the other glassware from Pyrex the next time they are on sale.

We also went to Dad’s for merienda. Since I am on a no-pork this month, I had limited options of what to eat. However, I was still full by the time we were done hehehe. Ang hirap magdiet talaga.

Have a blessed week ahead.