I registered my auntie and I to a Nutrition Farming seminar offered by Agribusiness. I saw their advert in FB. The seminar was last June 9, 2018.

Initially, the seminar is inclusive of a farm tour in Cabanatuan. However, days prior June 9, I was informed that there will no longer be a farm tour because the plants have already been harvested and there was nothing to see. I hesitated at first but still checked with my aunt if she’s still interested even if without the farm tour. I just wanted to make sure because she’ll be travelling to Manila from Atok Benguet just for that.

It was a good decision to still attend because we learned a lot! Sulit ang Php 1,500.00. The funniest was that the speakers frequently go to Atok Benguet for talks. The venue is just 4 kilometers away from my auntie’s home hahahaha! But she said she never heard about them. Also, one of the speakers’ host is my auntie’s batchmate hehehe.

The main speaker is Ka Maning who is known to be the father of nutrition farming. With him is his son JR and , another consultant.

There were only a few of us. I had the chance to talk to a farmer from Dumaguete. He travelled to Manila just for that.

Another young participant is a haciendero from Sariyaya Quezon. They have a vast property there (as in by the hectares). They don’t have farm tours at this point but they’re planning to have one in the future. In fairness, cutie si haciendero hahahahahaha.

One other girl participant was from Bulacan. They have a rice field which they want to convert into a farm and she wants to learn some techniques on how to go about it.

The other girl is from Batanes! She wants to have a farm there because vegetables are so expensive in their place because of transport.

There were I think 15-20 participants all eager to learn. We finished at around 4 PM.

Thanks to that seminar, we were able to get a shop’s name in Cubao that sells seedlings. I’ll check it out one of these days to compare prices.

My auntie and I went to Quezon City Memorial Circle to check out the plants. Unfortunately, the area we went to last year was already closed due to the MRT construction. The shops have been dispersed in several parts of the area. And there are fewer shops now and since it was raining, most shops were closed.

On to dinner! We were supposed to eat at Romantic Baboy in Tomas Morato. However, the line was long so we just went to Megamall to feast at Vikings hehe. That’s my belated Mother’s Day and advance birthday treat for my auntie. Sabay na para tipid hahahaha.

The rain that night was crazy strong! But happy tummy so it offsets the inconvenience of walking through the strong rain just to get home hehe. 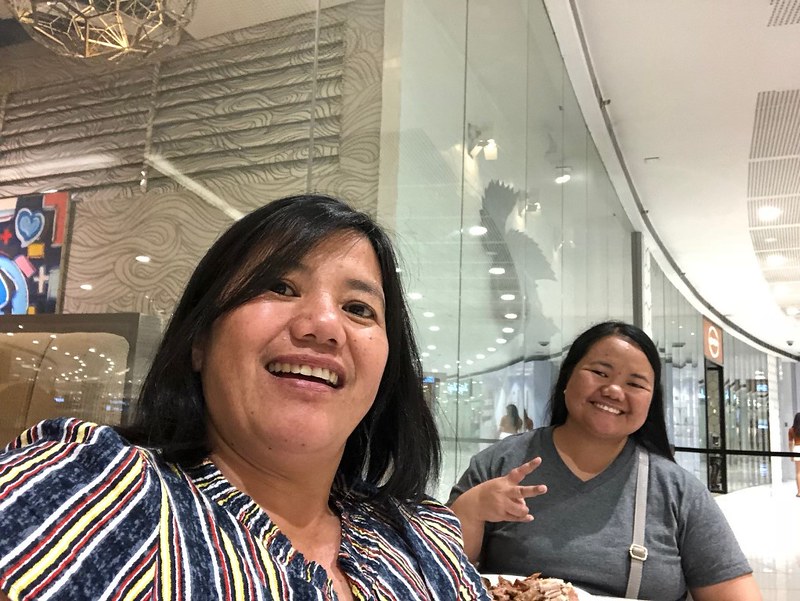