Testing is completed and we’re off to implementation. This is such a relief after all that we had to deal with at the start of the project. Whew!

I went to BDO last Monday because I received a text saying that my ATM was blocked because I may have used it in a compromised machine. My ATM card had to be replaced. Buti na lang free. But I will only get the replacement card after 5 banking days. Ang tagal. Parang 3 days lang ito  dati ah. Tsk. I also had to update my information by filling up forms. Required by BSP raw yun.

I met with 2 of my closest friends at work last Saturday. We used to go out frequently when we were younger. But so seldom these days hahahaha. All of us just prefer to stay home and spend time with our ow selves hehehe. Ganyan talaga siguro pag tumatanda nyahahahaha.

We went to Green Pastures at Shangri-la for dinner. It’s a farm to table type of restaurant. I ordered their ultimate lasagna. This is made of 3 cheese, roasted carrot puree and vegan mushrooms. It doesn’t have meat but still tasty and heavy.

I was also able to taste their caesar kale salad and garlic soup. Both are good. Average price per person is around Php 700.00. Medyo expensive lang hehe. 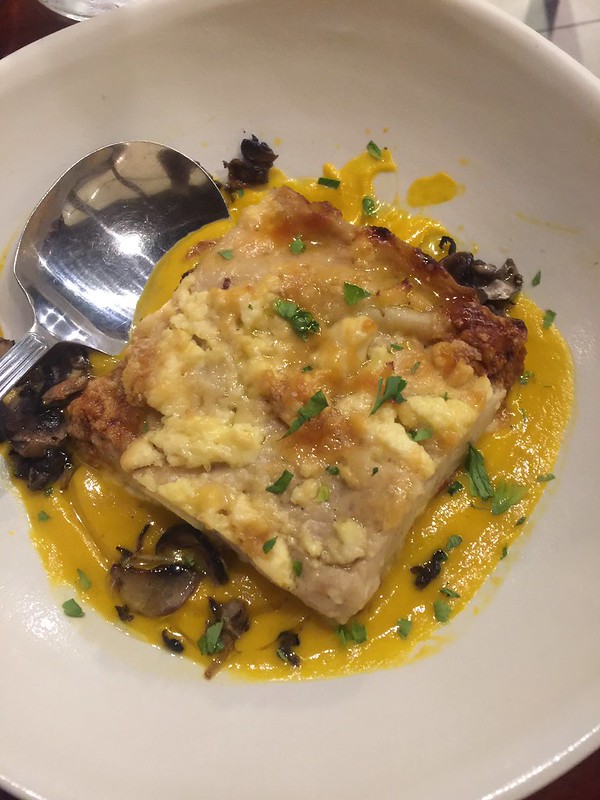 We transferred to Starbucks for coffee (and tea for me) because we need more time of catching up hehe. We called it a night at almost 1 AM. Bitin pa pero inaantok na kaming lahat hahaha.

I just stayed at home on Sunday and binge watched in Netflix. Taking advantage while it’s still free! Hahaha.

No weekend cooking since I still have some leftover which I think is enough this week. Sana.

Have a great week ahead.